Citroen is expanding its lineup in India, with C3 Aircross in the works. It will be a compact SUV competing against other cars such as Brezza, Creta & Nexon. This brand is known for its funky style elements and quirky interior. This upcoming car was also spied testing recently and will add another candidate to the hot compact SUV segment increasing the competition. Let’s see what we can expect: It will be the younger sibling of their premium 5-seater SUV C5 Aircross. C3 Aircross will be bigger than the recently launched C3 with a similar youthfully funky design & dual-tone treatment. The side profile might be pumped up a bit with contrasting roof rails & coloured striping on C-pillar & diamond cut alloys.

The C5 Aircross might inspire the front fascia with DRLs & indicators above the headlights & both skid plates with three squared-off openings. The taillight setup might be similar to its younger sibling featuring curved squared taillamps with 3-D elements. 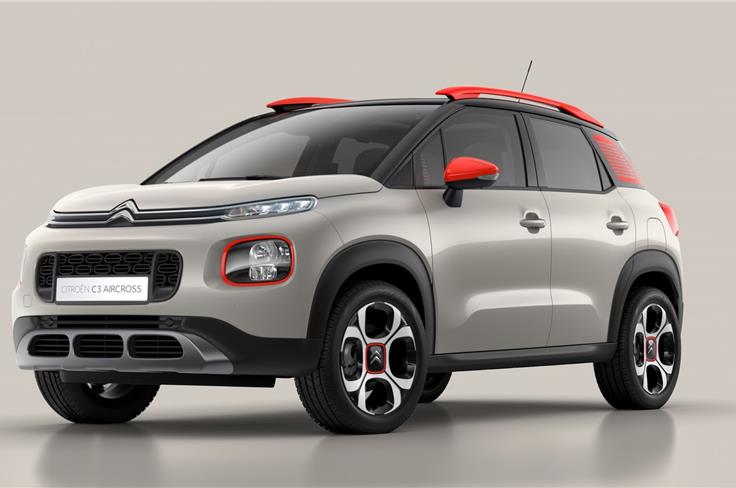 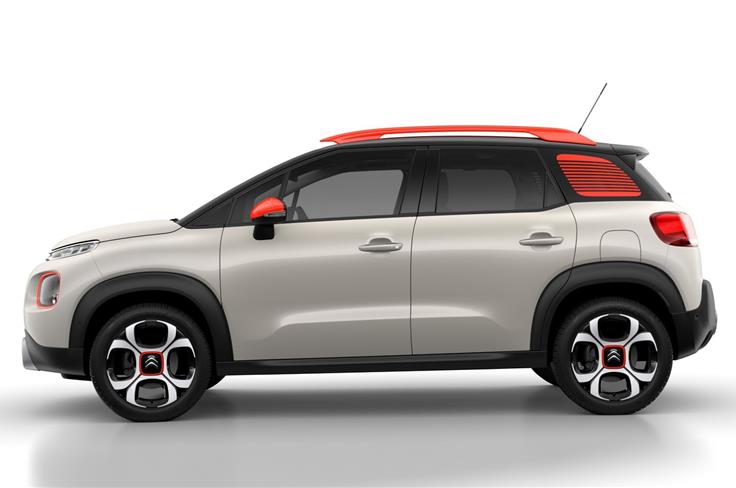 The interior & features are supposed to be the strength of this manufacturer. It will be better equipped than its recently launched younger sibling, C3. It might have features such as a glass panoramic sunroof, connected car tech & an upmarket interior. It might get a heads-up display, wireless charger and a more extensive infotainment system than its younger sibling.

There is no official word about the timeline & the pricing. But we can expect C3 Aircross to enter the market by January 2023. It might initially be launched with competitive pricing with an expected price range of ₹9-15 lakhs ex-showroom. What do you think about this upcoming car?