Maruti WagonR vs Hyundai Santro | Battle Of The Economy Hatchbacks

Maruti Suzuki and Hyundai are the top two car manufacturers in India. When it comes to market share they are legions ahead of their competitors. Their Maruti WagonR and Hyundai Santro are two of the best economy hatchbacks money can buy.

Maruti WagonR has been around the country since 1999. Now, more than a couple of millions of these cars were sold. The third generation BS6 compliant WagonR was released 2 years back in January 2019. Built on the HEARTECH platform, the BS6 version is more spacious and powerful than its predecessor.

Hyundai’s prodigal child Santro is a favourite in the country. Santro was first launched in India in 1998. But over the years the South Korean company brought in updates keeping the car up with the times.

This BS6 version gives the user a comfortable driving experience. The interiors of the car appear big enough. The attention to detail shown on everything inside the cabin is delightful and makes us feel like we are getting more than what we paid for. Yet how we wish the engine was a little less loud. And even the top versions don’t come with automatic climate control or alloy wheels for that matter!

The WagonR vs The Santro

Now, let us get to the nitty-gritty and decide which one is for us.

Maruti WagonR starts at a base price of ₹4.65 lakhs (ex-showroom). The highest trim – WagonR ZXi 1.2 AMT – can cost you ₹6.18 lakhs. WagonR has Petrol and CNG variants on offer. CNG versions come with a heftier price tag though. CNG LXi has an ex-showroom price of over ₹5.45 lakhs.

You don’t have to spend a lot more to buy the Santro with the base model Era Executive costing you ₹4.67 lakhs (ex-showroom). The entry-level variant with CNG starts at a price of around ₹5.87 lakhs.

As mentioned before, the BS6 WagonR has an engine that runs on petrol and CNG. There is no diesel engine though. With the WagonR one can choose between a 1.0-litre 3-cyl petrol engine and a 1.2-litre 4-cyl. While the former produces 67bhp of power and 90Nm of torque, the latter offers a greater power of 82bhp as well as 113Nm of torque.

Like the WagonR, Hyundai Santro comes with a CNG option as well. There is only one petrol engine across the trims for the Santro though, the 1.1-litre 4-cyl engine. It generates 68bhp of power and a max torque of 99 Nm. The Santro produces only a marginally higher power and a bit more torque compared to the WagonR.

Both these cars have a 5-speed gearbox and come in the manual as well as the Automatic Manual Transmission (AMT) that drive only the front wheels.

The WagonR is nothing if not fuel-efficient. However, this car is not a great deal ahead of the Santro though. WagonR LXi 1.0 has an ARAI fuel efficiency of 21.79 km per litre.

The basic model of Hyundai Santro is close behind with an ARAI mileage of 20.3 kmpl. Both these cars are BS6 compliant and have a similar top speed.

The new WagonR definitely looks more stylish compared to the older one. Maruti has changed up the grille, headlamps and front bumper. The new vertical taillights have added to its good looks.

We’ll say – for a WagonR – the new WagonR does look stylish. But it is a different story altogether if we compare it with other cars. The boxy design, however, evades the sleekness and sportiness of its competitors. WagonR with the pragmatic design serves as a good family car.

Many would feel that the appearance of the new Santro takes after the brand’s old i10. Nevertheless, the design of the bits like the door handle reminds us of the former Santro. But, the lack of alloy wheels and other obvious top-spec features makes it hard to tell the higher variants apart from the lower ones.

So in the design department, the Santro is also unconventional looking in its own way. Therefore, the exterior of both these cars would be somewhat an acquired taste – at least for some. But with the Santro, we feel that even though some people might not be a huge fan of the front design, others would simply adore it.

The new WagonR is longer, wider and taller than the older one. It has a wheelbase of 2,435mm which is good news. This means it can seat 3 people comfortably in the rear. There is also plenty of cabin space in this car. Compared to Santro, the more towering WagonR provides more headroom to the rear passengers. But, just like any conventional tall boy car, WagonR too has a more body roll.

The Hyundai Santro on the other hand is 3610 mm long, 1645 mm wide and 1560mm high. The 2400 mm wheelbase (35 mm less than the WagonR), makes the interior smaller, but not by much. The Santro is not exactly your everyday tall-boy. It is a family car after all and it does justice to the title.

Both cars provide plenty of space for storage. They have places designated for keeping your bottles, cups and other knickknacks. They aren’t bad on the boot department either.

You can store 235 litres worth of your stuff in Santro’s trunk. The boot of this car is big enough, we are not complaining. But here WagonR is on the clear lead with an incredible boot capacity of 341 litres.

What is more timeless than the colour black? Santro has got a sporty black interior you can never get tired of. The models with the ‘Diana Green’ exterior has the black cabin colour-blocked with green inserts.

However, the lower variants don’t come in this colour though. You’ll have to content yourself with the dual-toned interior flaunting the classic shades, black and beige.

Santro stands a level apart in the economy hatchback segment with the quality and finishing of the cabin. When it comes to interior Santro has an edge over other cars in the segment.

But we can’t deny that BS6 WagonR a stylish interior as well. With the dual-toned cabin and the plush beige seats accentuated with silver, we are falling head over heels for this one too. The quality and finishing of the interior of the 2019 WagonR are good, better than the earlier versions.

But unlike the WagonR ZXi, Santro does not come with adjustable steering even in the Asta AMT model. This is a huge drawback for the car.

In Santro, the features that are likely to get people talking is the rear parking sensors – only available in the Asta variant though – and the rear air-con vents. Unfortunately, the rear ac vents can’t be seen in the low-spec models like the Era Executive or the Magna.

WagonR on the other hand gets a 60:40 split-folding rear seat adding to the boot space. This makes the Maruti WagonR stand out among the rest of the cars in the segment.

In both WagonR and Santro, a 7-inch infotainment system is available, but not in all models. Even though we can’t find a whole lot of features in both the cars, since it is the economy hatchback segment we are talking about, we are not complaining.

Santro Era and WagonR both get ABS, EBD and a driver airbag. Like the WagonR all trim levels of the Santro comes with seat belt warning, anti-theft device, door ajar warning and child safety locks.

Besides, both these cars have halogen headlights, engine immobilizer, crash sensors as well as impact beams on the front and the side. But in crash tests both these cars did not do incredibly well, they both scored 2 stars.

Except for the fact that both of them belong to the economy hatchback segment, WagonR and Santro are cars in their own right. Even though when it comes to price, engine or features, they are eerily similar, they definitely look different. There really is no clear winner.

But if we have to pick a winner, we will have to go with the Maruti WagonR. It is the better choice when it comes to features, boot capacity, and mileage.  And how can we ignore the cabin room? In the battle of the economy hatchbacks, Maruti WagonR emerges triumphant.

The victory is only by a margin though. The edge WagonR has is only slight and the rival Hyundai Santro stands neck in neck with this car on many fronts.

From your activity: Maruti WagonR Electric | Specs, Price, Launch and Everything

Read: 10 Reasons To Choose Petrol Over Diesel For Your Next Car 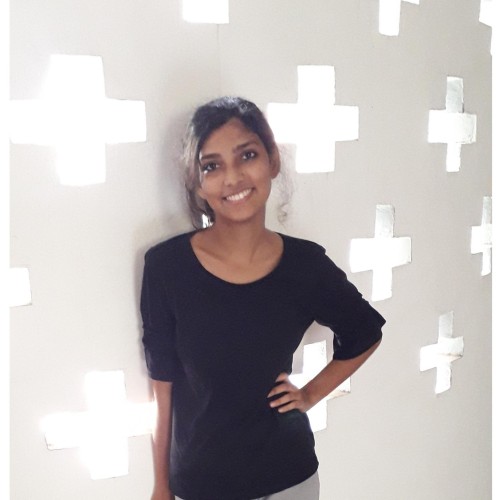 Tata Altroz vs Hyundai i20 | The Premium Hatch Battle